There are six important provisions in RERA that may prevent the builders from delaying the projects and stick to deadlines rather than making a default.

1. Written affidavit: The promoter’s promise will now have a legal standing to it. Along with all the required documents, the promoter has to give a declaration, supported by an affidavit stating the time period within which the project or the specific phase will get completed.

2. Possession date will be sacrosanct: Further, the ‘agreement of sale’ will have to specifically carry the date of possession and the rate of interest in the case of any default. Remember, the time period could differ amongst builders. “For new projects, the committed date of delivery is the choice of the developer and so the customers can take a decision if they find that the committed date of delivery is too distant they can opt out of the property purchase.

3. Clear title of the land: At times, the land on which the project is supposed to be built gets involved in disputes leading to a delay in construction and delivery. A written affidavit has to be provided by the promoter that the legal title to the land on which the development is proposed has legally valid documents with authentication of such title if such land is owned by another person.

4. Free from encumbrances: Often, it has been seen that several projects get delayed due to encumbrances which can restrict the promoter’s ability to transfer title to the property. A written affidavit has to be provided by the promoter that the land is free from all encumbrances.

5. Maintaining separate account: Diversion has been the most common concern across the industry. Now, as per RERA, 70% of the amount realised for the real estate project from the buyers, from time to time, shall be deposited in a separate account to be maintained in a scheduled bank to cover the cost of construction and the land cost and shall be used only for that purpose. The withdrawals from the account will be according to the extent of the work completed after it is certified by an engineer, an architect and a chartered accountant and will be subject to an audit every six-month. Such measures to a large extent are expected to minimize the diversion of funds, if not fully.

6. Making it an offence : In case of not adhering to the rules, the builder stands not only to lose the registration of the project too but may also be punishable by imprisonment for a term which may extend up to three years or with fine which may extend up to a further ten per cent of the estimated cost of the real estate project, or both. Some states have, however, compounded the offence to avoid imprisonment of the developers.

To know more about RULES IN RERA 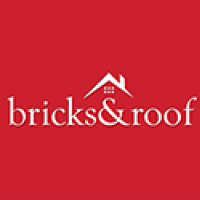 BricksandRoof is a real estate consultancy specializing in matching property buyers with top developers in Bangalore.

How much a house costs in Bangalore?

How much a house costs in Bangalore?